One frame, 0.04 seconds.
The initial velocity of Y suspect’s shotgun is 250-350 metres per second.
The bullet is moving at 10-14 m per frame.
The second shot is fired at a distance of approximately 5 m from the target. 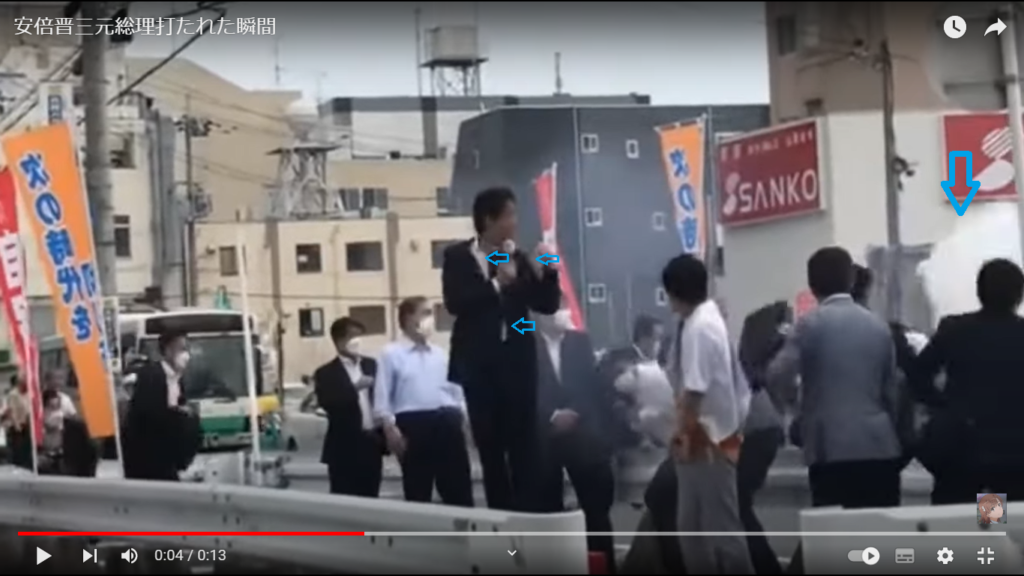 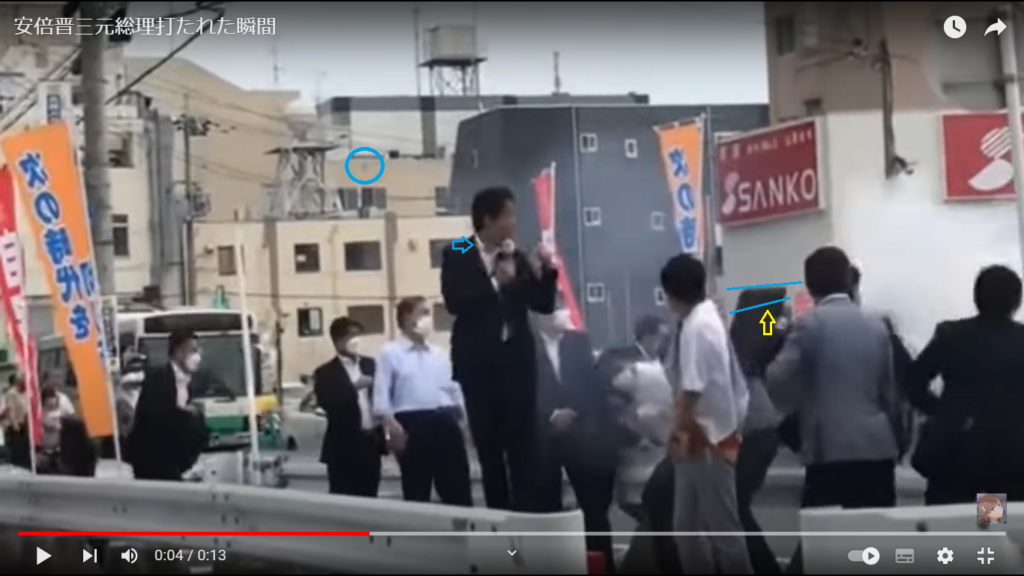 The change appears in 0.04 seconds of the next frame.

Red arrow.
A bullet enters through the right collar of the suit, striking the button-down shirt hard. (It’s so clear it could be a fake image.)

Blue arrow.
Both arms are pulled towards the chest. (The microphone in the right hand appears short because the wrist has moved inwards.)

Blue circle.
A shell casing-like object, cinders or a congressman’s badge.
Evidence that the bullet is further away than this.

Yellow arrow.
One of the key elements that tell me the movement of time in a world that seems to have stopped. This yellow arrow somewhere around 0.04 seconds, a magic bullet hit the former Prime Minister.

"After all, the world is money and viole ...

I learned American politicians as much a ...

Why isn't a certain country trying to ma ...

The earth is just around the corner. Wil ...

The world has changed in a month. North ...