The yellow arrow is probably caused by a shot fired by Suspect Y.
Could this have been created by a 10 mm bullet?
The snarled fragment appears to have penetrated the collar of the suit.
It is not known whether the bullet entered the body through the left upper arm. 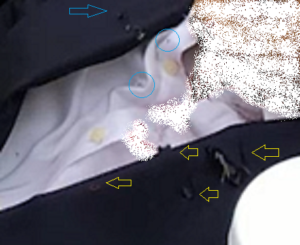 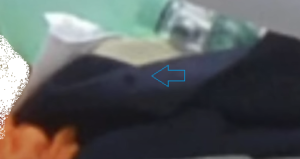 The blue arrow shows what appears to be an incidence mark, which does not rule out the presence of a sniper.
Based on the fraying of the collar, it appears that the bullet entered from the outside, chipped part of the bullet and entered the body through two holes in the blue circle on the shirt.

Now what do you all think?

There may be adjustments.

Unfortunately it started. Take a bamboo ...